I am ready for a long road flight for work with a week- or months-long projects.
english articles

Why does faith weaken? 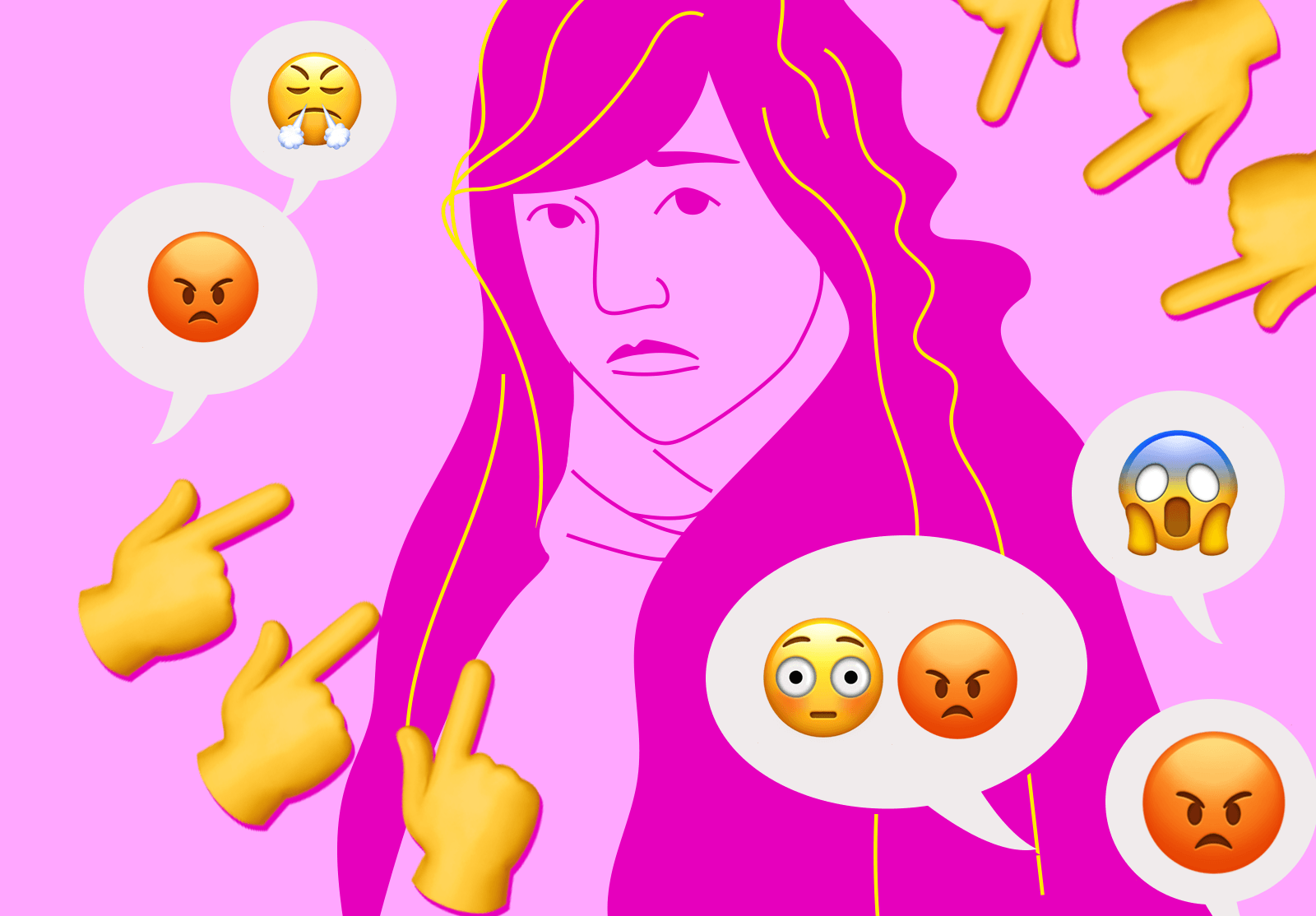 An article about the girl who has taken off her headscarf stirred up our readers. Some began to express sympathy for the Muslim woman who decided to take such step, making duaa for her, others began to condemn not only the guest of the interview (the story is real, only the name was changed) but also the authors of the project Amanat.info.

This story turned out to be a sore spot on the face of our Ummah, leaving the situation in such a state, means let the problem grow. That is why we asked for advice from an expert. The story of Umit (the heroine of the publication) revealed that the problem requires an approach from two sides – religious and psychological. Zeyneb Bagirova, a Muslim psychologist and theologian, exposed the reasons for the disease of Muslims who have refused any obligatory actions in worship (wearing hijab, praying, etc.)

– Zeyneb, we would like to hear from you the answers to two main questions: why do Muslim women remove the hijab and why can it cause such a strong aggression, which can be seen in the comments of our readers, that does not contribute to this girl or any other similar to her to be covered again?

– I am very glad that we, as Muslims, are ready to talk about our problems, because recently it was unacceptable and shameful. But silencing leads to problems that go deeper.

Unfortunately, there are many such stories, and I want to analyze them on the example of a specific case of our heroine.

The question is how did it happen that the girl was not imbued with Islam, being a long time in a Muslim environment. I was touched by several points about how and among whom the girl received knowledge. I suggest that her beliefs may have been influenced by unconventional Islamic teachings, where the understanding of religion is based not only on Sharia justifications supported by the Quran and Sunnah but also on ideology accepted in certain circles.

There is also no need to refuse the fact of Shaytan`s instigations. The heroine says that she felt duplicitous and therefore decided to be sincere in front of the Creator, and now she has taken off the hijab as it was not her conscious choice.

We must remember that Shaytan does not always come with a true lie. The Quran says that Shaytan has promised to mislead man from the path of truth, coming to him before and behind, right and left. And this is what happens when Shaytan covers misdeeds with more noble actions.

For example, when you are a mother, having little time, you are now in front of a choice – you go to read the Quran or to put the children to bed, because it is late, and healthy sleep is very important for children. So you don’t read the Quran. When I was teaching in the madrasah, some students came to me saying that they wanted to finish their studies because Allah will ask us for everything we know but do not practice. And we must now apply the knowledge and spread it, not continue to learn.

As you can see, there is a substitution of concepts. So the heroine formed the belief that it is better to be sincere in front of Allah than to wear a headscarf, not understanding why. Here, also, it was not without the help of Shaytan`s instigations.

If you look at the situation of Umit from the psychological side, the following is striking. The heroine says that she came to study Islam because of a desire to be in a privileged environment.

This focus on the group, on the outside world, speaks about getting stuck in adolescence, about the problems of parent-child relations. The girl confirms it herself.

Not obtaining unconditional parental love, a girl searches for this love and protection in society, by demonstrating dependent behavior. A person wants society to satisfy his needs, sets high expectations. As a result, when a person does not get what he wants, he loses interest, starts being disappointed. In such a psychological state a person can be for very long until he works out his problems.

In general, man is created with a need to be in society. Therefore, in Islam, a great place is given to relations in the Jamaat (collective prayer, help the neighbor, etc.). But among Muslims, there can be an unhealthy understanding of this aspect of relations, when we expect something in return.
And at the very beginning of the story, the girl says that she had a barter relationship with God – when a person is constantly waiting for a reward for his actions. And this situation also follows from the relationship with parents, when there is a conditional acceptance of the child: if you receive a good mark, you are great, for example.

This understanding of the world, when you expect something in return, becomes part of the personality. And this trauma is projected on the relationship with Allah.

There is a violation of a healthy person’s psychological portrait. Therefore, it is important to work not only on Iman: to read the Quran, to do prayer, but also to work out the psychological trauma.

It would have been possible not to just refuse, by saying: “I do not need barter relationships” but try to understand why such relationships arose, what can be done, how to fix it?

It was her thought that we can not shift the responsibility to God, you can not go to God for the solution of problems. This indicates a lack of basic trust in the world. But we, as believers, must remember that Allah loves when we come to him with our problems when a person asks him.

– Zeyneb, we have a question from listeners of translation: “Should not be there a desire to receive a reward from Allah out in our intentions?”

When the Prophet (alayhi salam) was speaking about the heart, he pointed it with his hand as something rotating. As the heart is changeable, so the intention can change.

For example, a girl covered herself sincerely for the sake of Allah’s satisfaction and then does not take off her headscarf out of fear of condemnation. Therefore, the intention needs to be updated.

– Our second question is why did the other sisters react in different ways? Some condemned, others empathized. And is a headscarf the Fard?

There is no case when a person who has committed a sin can be accused of unbelief. Any negative reaction associated with condemnation is a sinful action.

This hadith is an example of a healthy attitude towards people who have committed a sin. You can condemn an act, but not a person. And not condemnation, but sympathy for someone whom Allah has already alienated from Himself, allowing to commit sin. Pleading for him – this should be the reaction of the Ummah.

The rejection of the situation itself, when the problems of the Muslim community are brought to the discussion, is an expression of resentment for Islam.

Here is either the wrong projection of what we should talk about the problem, we said it at the very beginning of the broadcast.

I also want to touch a topic that comes from our main theme – the weakening of the Iman, namely the question of why a person can be unhappy in Islam.

There are stories when a person accepts Islam, expecting to find happiness, peace in religion, but does not find it. Why is this happening? Because originally the person is always idealizing everything. Perfectionism, which is usually spoken with a certain pride – is actually a kind of mental disorder.

A person does not allow himself a weakness, considers his worship insufficient – as a result, he overworks, emotionally burns out.

On the one hand, we know from the hadith that a person whose two days are the same is at a loss. That is, a Muslim should strive to improve his worship. But, on the other hand, this applies only to healthy, mentally non-injured people. It is not just about the desire to be better, it’s about mental illness. There are people who polish their houses, there are those who spend hours in the ablution room trying to perfect their purity. This anxiety leads to emotional exhaustion and makes a person unhappy.

Another reason is the constant feeling of guilt and shame. These feelings can be present in worship. But when a person always feels guilty about everything, he becomes unhappy in Islam.

When a person with aggression, which is directed at himself, falls into Islam, waiting for love towards him, he faces with statements, such as: you will never deserve Jannah, Allah may not forgive, for the time wasted, you will have to answer, etc. He will find just such phrases, not words about the mercy of Allah, confirming for himself that he is bad.

And there is a possibility that a person will come out of Islam. The real reason lies not in Islam, but in the fact that a person has a psychological problem. We must base our belief that Islam promotes happiness in both worlds.

In this regard, we should always look at the life of the Prophet (peace and blessings of Allah be upon him) and his companions not only as fundamental attitudes of behavior in Islam but also as mental images. For example, Hazrati Aisha (may Allah be pleased with her) could rejoice, sing, compete in running with her husband.

-Thank you, Zeyneb, for your detailed explanation.
﻿
This life is a “prison for the believer,” but should he always live in a state of imprisoner? Should he forbid himself the pleasures of Dunya? And will this lead to the weakening of the Iman, and even to the exit from Islam? When the outer shell does not correspond to the inner content, do you need to “pull” the outer to the inner or vice versa? What is the root of such soul-searching? We hope we were able to reveal these issues in this broadcast.

Submit your resume on amanats

запросить бесплатный доступ к базе соискателей
Survey to get free access to applicant data
In this section you will find personal data of platform users who are looking for a job. According to the platform rules, data is available to real/actual employers only
For partnership and collaboration
Для партнёрства и сотрудничества
Do you have any questions? Contact us!